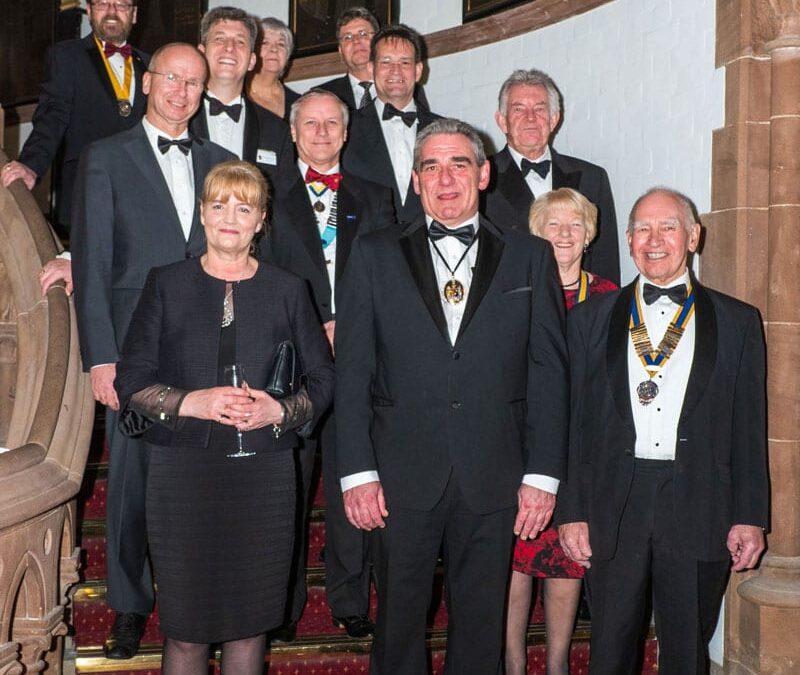 The Club’s 98th Charter Dinner was held on 8 February in Chester Town Hall in the presence of the Lord Mayor, District Governor and over 100 Rotarians and guests. These included four members of Lorrach Rotary Club in Germany with which Chester has developed a relationship. President, Brian Westcott, said that the Club was in “fine fettle” having acquired twelve new members in the last year and appointed officers of the Club to take it into its centenary year in 2022. The principal speaker, Brian Price, gave an amusing speech based on his experiences as Cruise Director on the Queen Mary 2.